– A Flea is the smallest insect, one of the world's smallest insect. Do you know that a flea
has a 36 inch vertical? That's pretty high, the average human being
cannot jump 36 inches. 36 inches, that's right here. If you take that insect and you capture it and put it in a jar and put the lid on it, that insect still has a 36 inch vertical. You know what it does? It jumps 36 inches, but it hits his head and
get knocked back down. So he makes some adjustment. Since I'm getting knocked back down, I'm not gonna jump my full potential, I'm just gonna jump just enough so I don't get knocked back down. So, uh-oh, if you get
another flea and capture it, the flea goes into the jar. The flea again, another
flea, has a 36 inch vertical, but because he's in the jar,
and he's seen what happens when he hits his head and
he gets knocked back down, he duplicates what he
sees the other flea doing and he jumps just high enough
where he don't hit his head.

The sad thing about it is
when these fleas have babies, these fleas are born
with a 36 inch vertical, but because they live
in a jar with their Mama and their Daddy, and they got a 36 inch vertical, but they see everybody
else jumping just so high, they duplicate it. Becomes generational. It gets passed down. The parent ain't got
enough sense to say, hey, I messed up my jump, but you though, you can still go 36. That's why we try to
send our kids to college, even if we didn't finish college. We try to get them through school if we never went to school. Every person in here that's
a parent wants your child to have a better life
than the one you had. You got to, if you don't,
it's something wrong with you. You want your grandkids, your children, have a better life than the one you had.

What's the deal with the jar? People duplicate what they see. You can't do that. Your brain is your lid. If you take the lid off, the potential in every
one of us is expansive, it's unbelievable. Imagination is everything. It's the preview to
life's coming attractions. Your know what that means? Everything was once a thought. That's what that means. Let your imagination
go, open up your mind, trip a little bit, be something extra. The Wright brothers were
sitting around one day and said, "Hey, I'm
gonna fly like a bird." So people say, "Come here men, what this dude just say? Tell
them what you just said." "I'm gonna fly like a bird." (sarcastically laughing) I flew in here today. (audience cheering) Folks, if imagination is everything, why not use yours? The possibilities in your
life are endless man.. 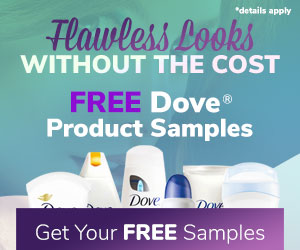